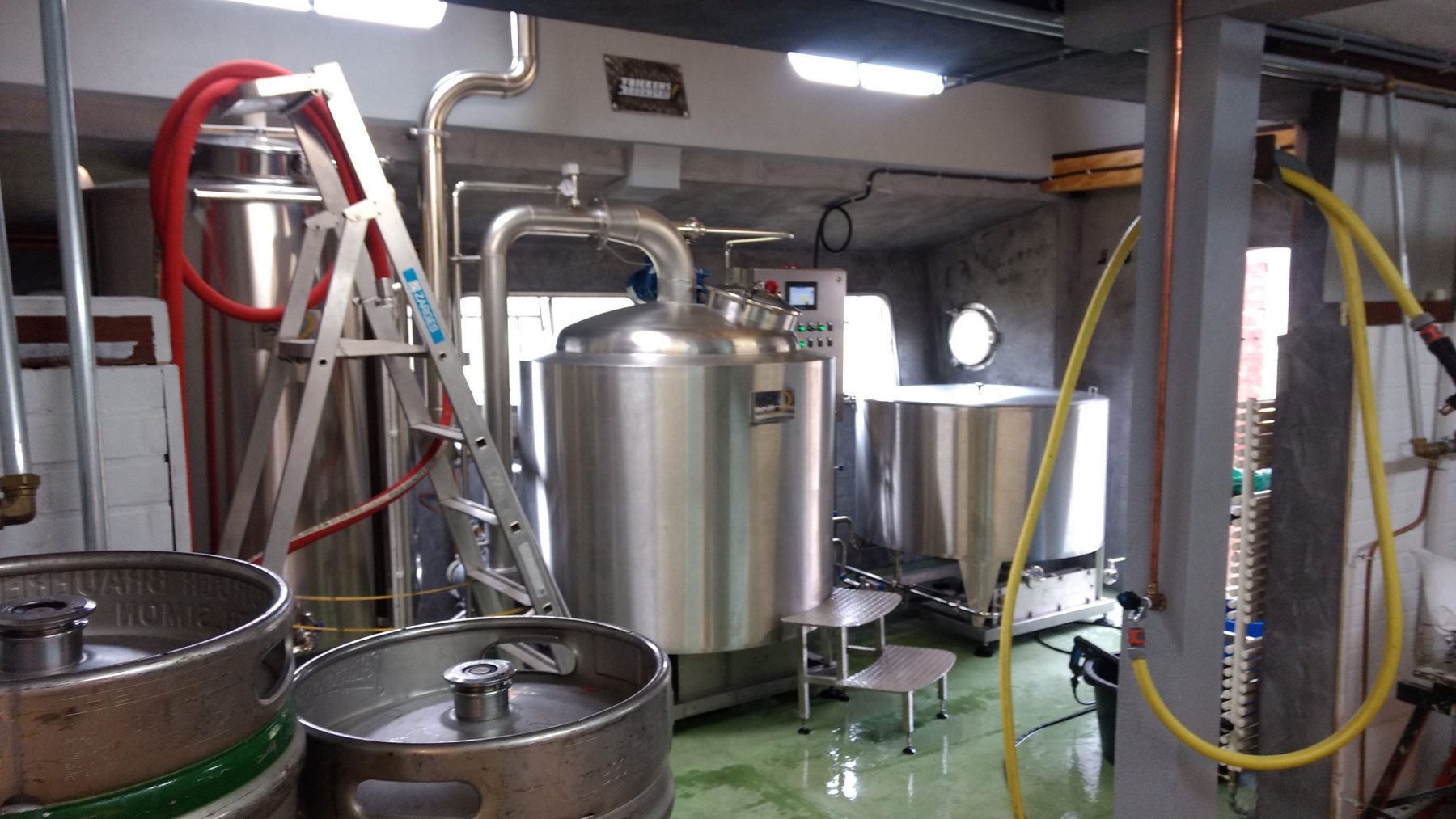 Delicious beer, brewed with love. Friekens doesn’t focus on high levels of alcohol or lavish use of strange fruit, but on natural ingredients and pure taste. Friekens brews beers based on traditional recipes with only the best malt, barley and/or wheat, hops, yeast and the unsurpassed Amsterdam tapwater.

Fresh and clean, with secundary fermentation in bottle or keg. Double, triple, sometimes quadruple(!) hopped for precisely the right bitterness an the tastiest aroma’s. And filled with care into bottles or kegs, so the beer reaches the beerlover in optimal condition!

The Friekens brewery has been brewing specialty beers on a small scale for years, initially at ADM and later in the squatted industrial complex Villa Friekens in Amsterdam Noord. Friekens gained notoriety in (sub-)cultural circles as house brewer (and co-conspirator) of various festivals at ADM (like Robodock) and the street art-festival Paint And Beer.

Nowadays the Friekens brewery is based at urban farm project Noordoogst in Tuindorp Oostzaan, in the former dressing rooms of a sports club, with an adjacent beer garden. On the side of the building, in an abundantly remodeled shipping container, sits the brewhouse of Friekens. Inside you’ll find the shiny inox of the modern brewing setup, which increased the brewery’s capacity tenfold.

Pilsner as pilsner should taste. Normal pilsner, from Amsterdam! A bit cocky, wears its heart on its sleeve, but cheerful and easy going. Hoppy, fruity and light, a good companion to pleasantly pass time with.

Brewed from Pilsner and Munich malt and double hopped with Northern Brewer in the kettle and Simcoe and Mosaic in the whirlpool. Bottom fermented at 12º C. 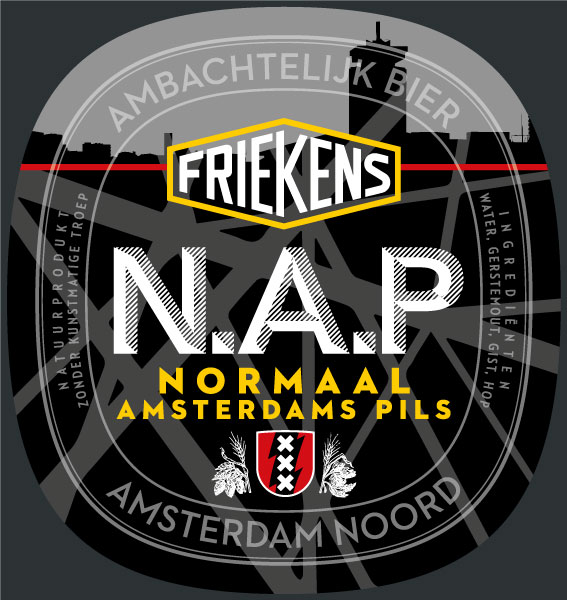 Triple hopped blonde Pale Ale from Pilsner and Munich malts and American yeast. Hopped in the kettle with Columbus for bitterness, and for aroma with Simcoe and Mosaic in the whirlpool and dry-hop. 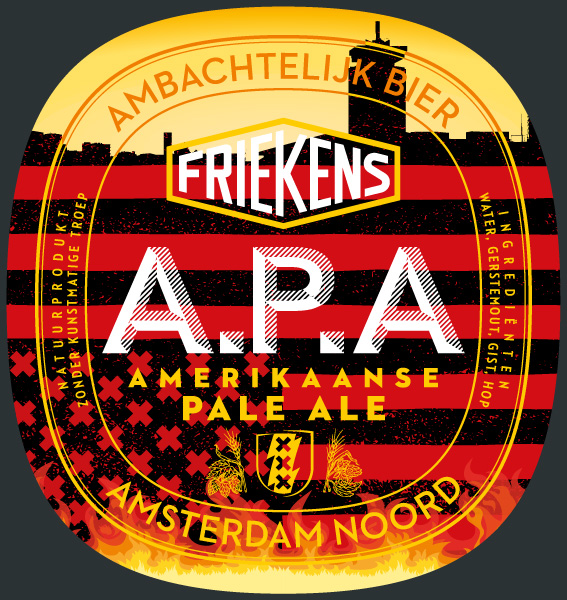 A proper I.P.A., triple hopped with large quantities of hops.

The elephant in the room: nothing about this crisp, tasty beer is careful or subtle. It’s a proper I.P.A., full bodied and full flavored, heavily hoppy with intensely fresh citrus aromas taking center stage.

Brewed from Pilsner and Munich malt, and hopped with vast amounts of Simcoe, Centennial, Citra and Amarillo. This certainly isn’t beer for the faint of heart. 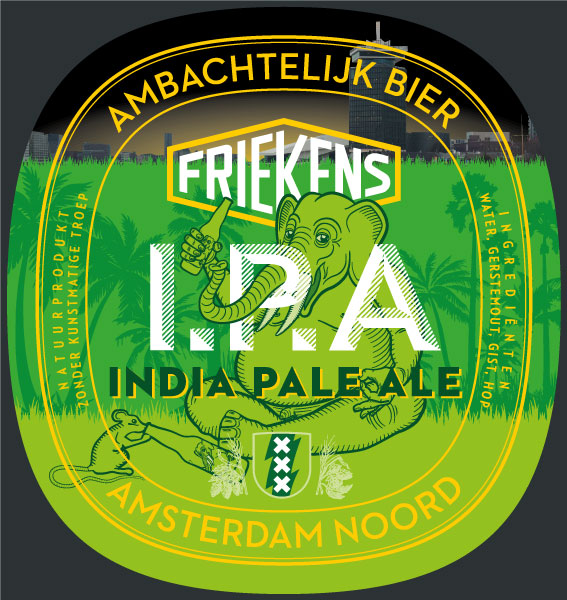 A gay, light hearted, straw blonde ale for those who see stuff from the sunny side.

Brewed of Pilsner, Pale Ale, and Cara malts, hopped with Columbus, Bramling Cross, and Fuggles, and dry-hopped with Hallertau Blanc. This results in hints of passion fruit, citrus, pineapple, grape, and lemongrass.

A light summer beer that happily wags its tail, but is impressively muscular nonetheless. 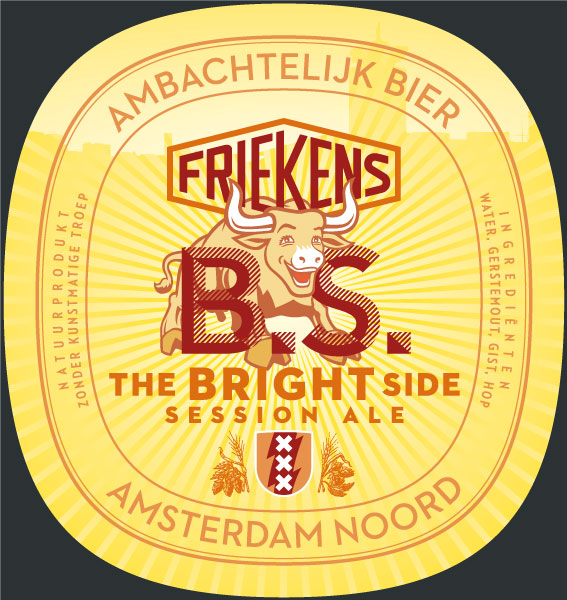 Saison from malt and spelt, activated with dramatic drums and bellowing basstones.

This Saison is ‘bass-activated’: by way of low frequency sound waves from Friekens’ own sound system the yeast has been kept in suspension for the first 72 hours in the tank. This process ensures a prolonged and more thorough fermentation. 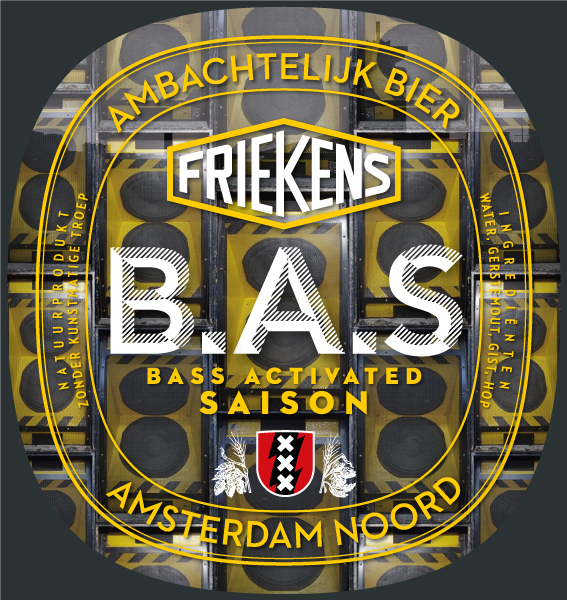 ’Wit’ is not only the color white in Dutch, but also ’wheat’ in old Flemish. Friekens Wit is yellow, as beer should be. A refreshing Belgian style wheat beer, slightly hazy but clear of taste and character. 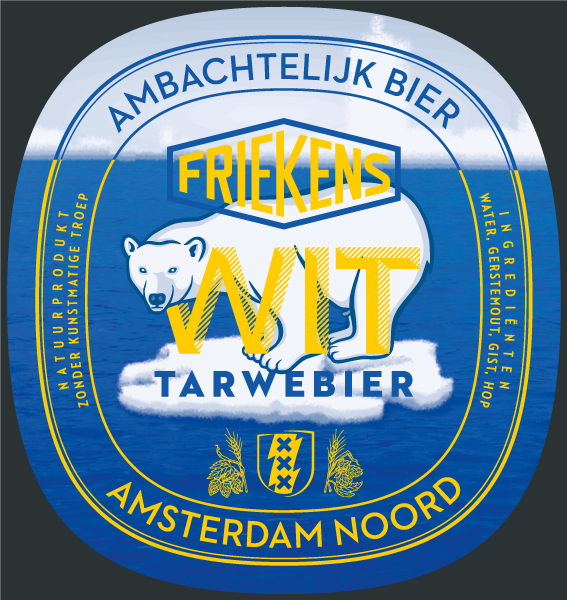